One day I got a friend request from John via LinkedIn .
We've met at Woodward Camp long time ago, and we've connected again.
How awesome is this?!
I get to know his career and he had a very big challenge after his pro rider career.
So I asked him for an interview and he kindly accept it.
I find his interview very inspiring and his word gave me hope and courage.
Hope you will feel the same positive vibe.

He used to compete as a pro rider, and ranked around the top 20 pro vert rider.
Also John made the BMX Plus cover at 2002 blasting across the cover doing a superman. 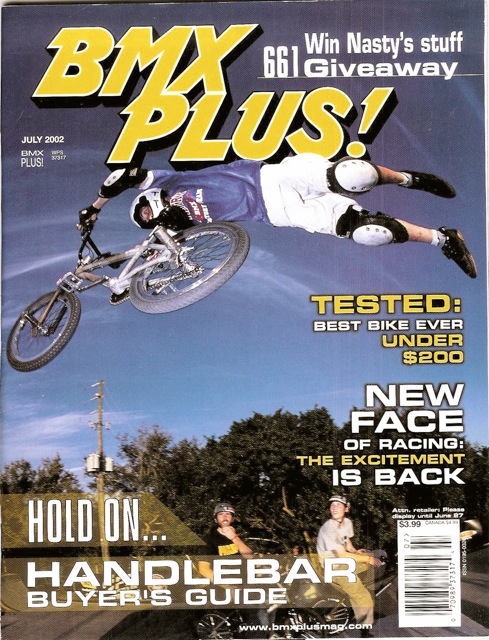 The interesting part of his life is. He went to a business school after his BMX pro rider career. Let's dig into his past and present actions and thoughts.

I met Joey at Facebook again. We've known each other when I used to go to USA.
Also Joey came to Japan around 9years ago and I get to do shows with him.
My impression of Joey is , he has super extraordinary bike skill and always down to earth.
This time I asked him for an interview and he accept it nicely.
I deeply appreciate it.

Joey has been a super dirt jumper.
He got X-games bronze medal at 95 ,gold medal at 96, and bronze medal at 98.
Joey is well known for a smooth style and a very stylish style.
I don't know much about Joey , So I'm very excited for his interview.

Paul Jones, Zac Shaw, and Joey Garcia at a roadtrip from London to Germany 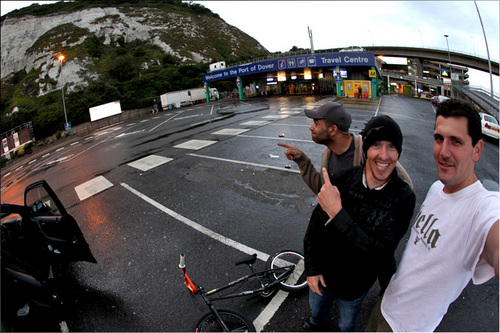 One of the most popular rider answered an interview.
Let's see about Chad DeGroot's lifestyle and insight.

Chad started his career as a pro rider at 1993 and became one of the most popular rider.
The video below was relaesed from PoorBoy around that time.

From 2004 Chad added manager to his title next to pro rider.
He also spread his riding style to flatland, park & street.
You can watch Chad's riding and non-stop funny character from BACO10 Chad's section below.

Baco 10 section with Chad DeGroot from chad degroot on Vimeo.

Chad DeGroot and I

This time we get to read Mike Ardelean's thoughts.
Mike is a very good bike rider and a business man. Also he is a humble guy and feel nice to get along.

There's his riding video below.

There's a man who creates the latest BMX scene video with great creativity & heart.
This time we have Stew Johnson to see about his mind about his work and BMX.

Stew is a BMX rider who is vegetarian ,lives in Austin Texas work as a professional video creator.
The video he makes has been distributed all over the world.
He has a very mild nice character and helps people who needs help. 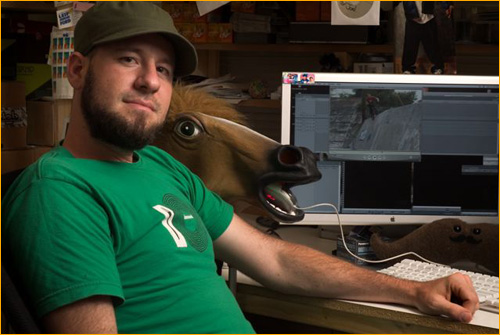 This time we get to read about Harrison Boyce.
Who is a designer at Macneil Bikes.
He talks about his mindset about work.

Harrison is a very creative and talented guy who does all Macneil's design work.
Also he rides for Macneil. So he is a rider full of creativity.
For details please read his interview below.

The video below is about a activity that Harrison teachs how fun to play with stencils.
It is wonderful to teach kids that fun things might turn into work.

Nike MAKE SOMETHING workshop with HARRISON BOYCE from Glenn PP Milligan on Vimeo.

It is a super honor to have Joe Rich's interivew.
For people who don't know about Joe. I'd like to write a introduction.

Joe has been a super hero among BMX riders.
If you devide pro riders into 2 group. 1 can be mainstream and the other would be underground.
Mainstream: Riders like Mat Hoffman, Jay Miron kicks ass at the contest.
and walk the mainstream.
Underground: Riders who can be seen through videos and magazines.
And the riders are very popular and very good at riding.
Joe Rich might categorized to the underground side.
He draws a lot of attention on every tricks he does.
Joe made a bike company with another super rider Taj Mihelich called Terrible One(T-1).
And in this interview Joe also talks about T-1

This interview might be a bit diffrent from others.
Ed Koenning was a pro rider.
I used to see him on magazines & videos from Japan.
Now he is lovely father and rides a bike for fun. We allways ride bike for fun don't we?
It is an honor for me to do his interview.

Ed Koenning and I

Around 1994 & 1995 I watched a lot of riders through video magazines.
Ed Koenning was one of them.
At that time he was one of the top riders.
Ofter appears on magazines and videos.
I first directly met him when I first attend a contest in America and we became friends.
After 15years later we met again online via Twitter.
I asked him for this interview and he said yes right away.

Ed Koenning 's core riding style is street.
You can watch him ride from below. 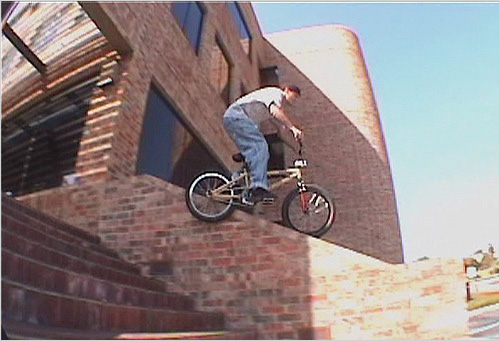 Mat Hoffman Interview: The most innovative rider in the BMX history

Mat Hoffman is one of the most innovative rider in the BMX history.
Not only as a rider but also as a business man.
Luckyly he answered my questions.
So I'd like to discover some hints what is the core essense of his success as a rider and a business man.

For who doesn't know Mat Hoffman I will write a brief intro about him.

Mat Hoffman as a BMX rider

He made uncountable tricks and won trillions of contests.
He won Expert vert at 14. After that he appears a lot in BMX magazines.
He turn pro when he was 17 and won the first contest.
That is the beginning of his super conquered riding histroy.

Mat Hoffman as a business man

1992. He start his own bike company "Hoffman Bikes" and now it is one of the biggest BMX company in the world.

Mat Hoffman and I

Mat Hoffman & Jay Miron came to Japan at 1994.
That was the first time I met him.
Later I went to America for contests. I met him.
Gladly Mat remembered me and I get to talk and e-mail him sometimes.
Mat and I have lot of injury experience. So once I asked him for an advise for injured knee.
This time I asked him for this interview and I deeply appreciate that he replied me. 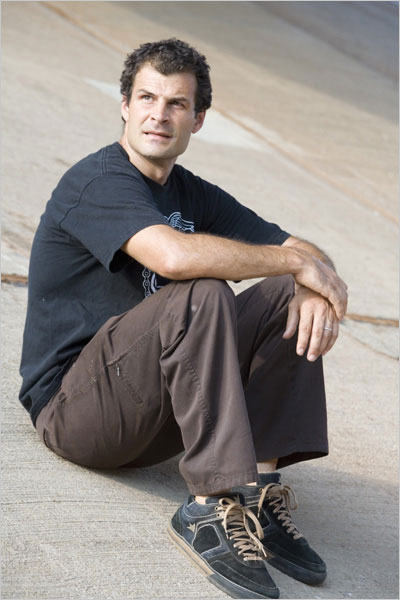 Clint Millar and I went to the BS Contest at Oklahoma Hoffman Bike Park at 1995.
We didn't know each other. But Clint has a super awesome memory that he remembers he saw me.
We became friends around 2000 at Asian X-games.
Clint is a stable contest killer. 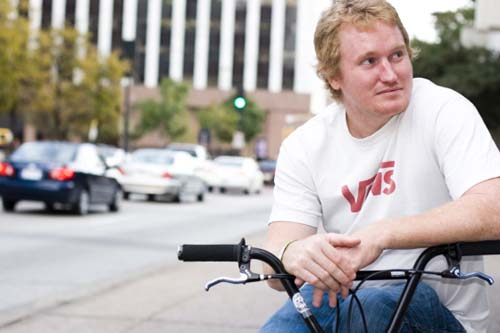 Please introduce yourself and tell us what you have accoumplished with BMX.

My name is Clint Millar, I am 34 years old & I am from Australia. I have been riding for about 20 years & I own & operate my own BMX brand called, Colony BMX.